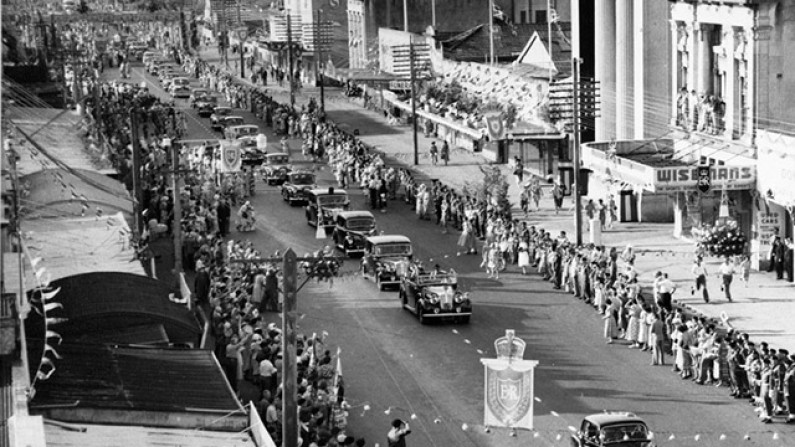 Visits by the British Royal Family to Aotearoa New Zealand have always been memorial events. The Royal Tours are recorded through print and photos and remembered by the people who experienced those celebratory events. During the 20th century, Hamilton hosted several members of the immediate royal family, the photographs capture the enormity and formality of those occasions.

The Prince of Wales 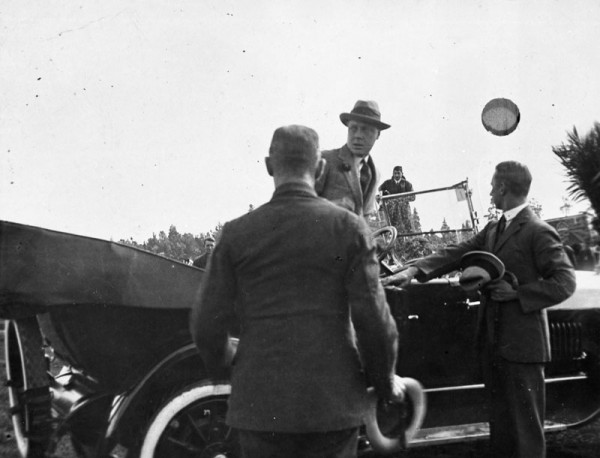 The first royal visit to Hamilton was in 1920, when New Zealand welcomed The Prince of Wales (who would become King Edward VIII). Arriving at 12.20 pm on the 27th of April at the Claudelands Racecourse, Prince Edward met with school children, cadets, territorials, returned soldiers and the general public. The photographs hint at the large numbers that gathered for the event. Unfortunately, for the crowd who gathered to meet him, the Prince could not stay long. In keeping with his precise itinerary, he departed Hamilton by train at 1.20 pm for Rotorua.

The Duke and Duchess of York 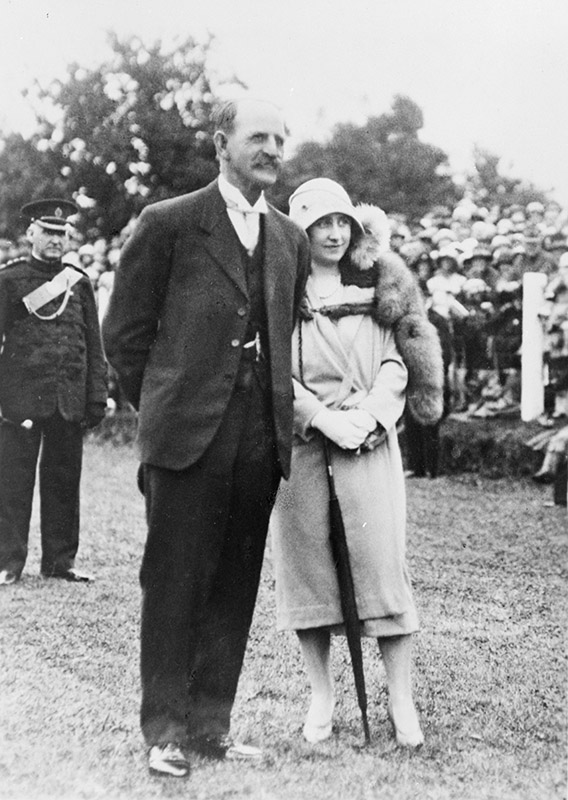 In 1927 the Duke and Duchess of York (later, King George VI and Queen Elizabeth following the abdication of King Edward VIII) gave a four-week tour of New Zealand. The royal couple arrived in Hamilton on the 26th of February 1927. The royal visit was not held at Claudelands Park since it was undergoing alterations for the Hamilton Trotting Club. Instead, the reception for the Duke and Duchess of York was held at Steele Park in Hamilton East. The mayor of Hamilton, John Robert Fow, gave a formal address. Fow’s speech was recorded in the Waikato Times and the moment was captured on camera. 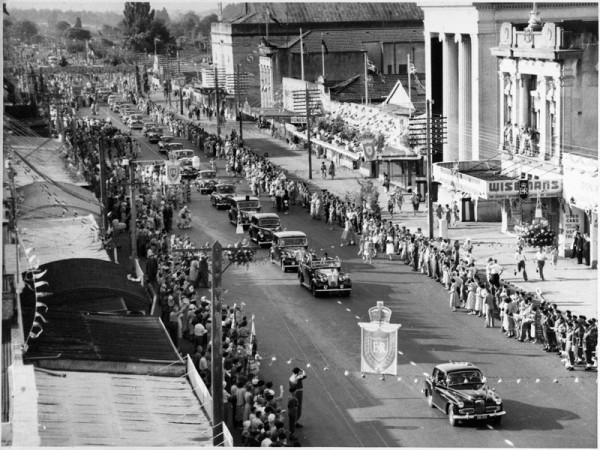 Queen Elizabeth II was the first reigning British monarch to have visit New Zealand. Along with her husband, the Duke of Edinburgh, the Queen toured New Zealand from the 23rd of December 1953 to the 6th of January 1963. The Queen was scheduled to arrive in Hamilton on Wednesday the 30th of December. Her arrival brought out a crowd of 25,000 people who lined the streets to watch the royal envoy and catch a glimpse of the Queen herself.  That evening she attended a civic dinner at Cardrona near the Fairfield Bridge and a youth fiesta hosted at Bledisloe Hall. The Queen slept that night in the executive suite of the Hamilton Hotel on Victoria Street. Although she nearly did not sleep there at all since the lock for the suite had broken. Hamilton locksmith, Horace Price was rushed in and saved the day, (or night) just in time. Queen Elizabeth went to a civic reception and agricultural display the next morning at the Claudelands Show Grounds. 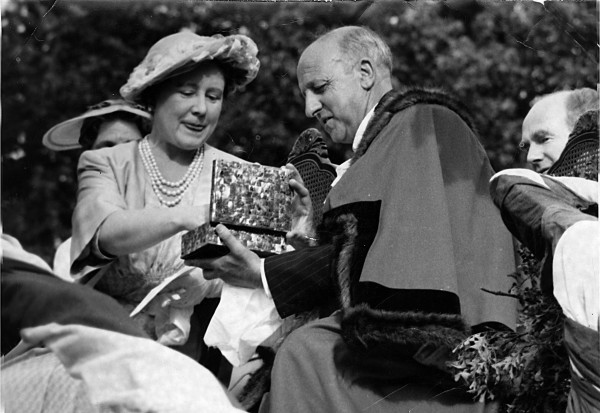 On February 4th, 1958, Queen Elizabeth the Queen Mother returned to Hamilton. This was her second tour of New Zealand, her first was in 1927 as the Duchess of York. The Queen Mother attended a civic reception where the mayor Roderick Braithwaite gifted her a paua shell casket. The next day she left Hamilton by plane for Napier.