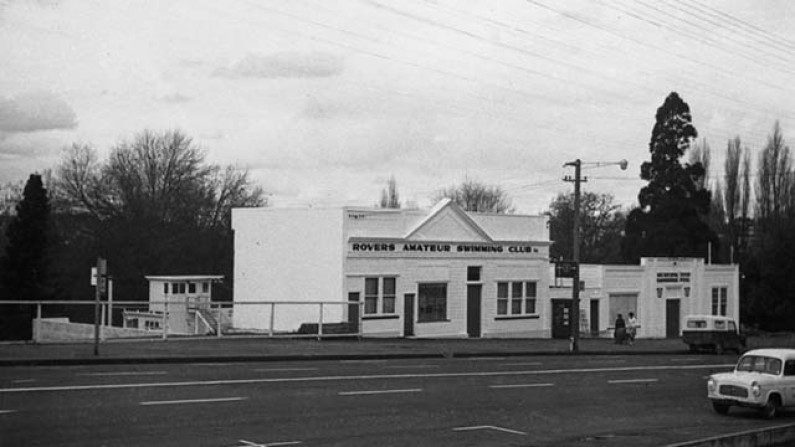 The Municipal Baths were opened on 23 December 1912, a year after the formation of the Hamilton Swimming Club. The much anticipated opening was celebrated with a carnival, hosted by the Club.

For the first week admission was free and the initial opening hours were noted in The Waikato Times on 24 December, 6am-7.30pm, although times were divided for males and females, to ensure mixing didn’t occur.  Over the following years many swimming carnivals were held, including the country provincial championships in 1914.  Numerous additions and upgrades were made over time, and when the Baths were finally closed 100 years later, none of the original structure remained.

Hamilton City Libraries is running an Oral History Project specifically on the Municipal Pools. We are wanting to record your memories of swimming here, learning to swim or perhaps just socialising!

They will be preserved as part of our city’s history. If you or someone you know would like to share your story or memory and be a part of this project, please contact the Archives Team or complete the online form. 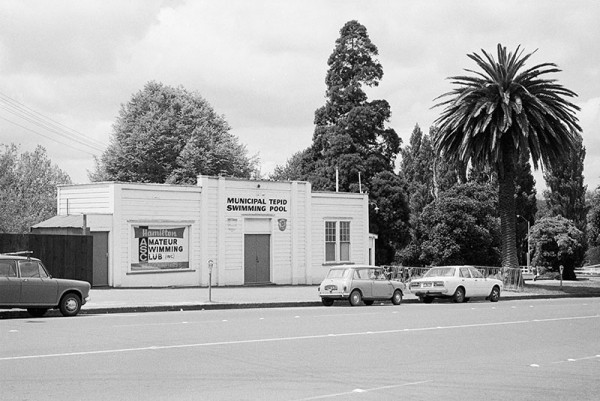