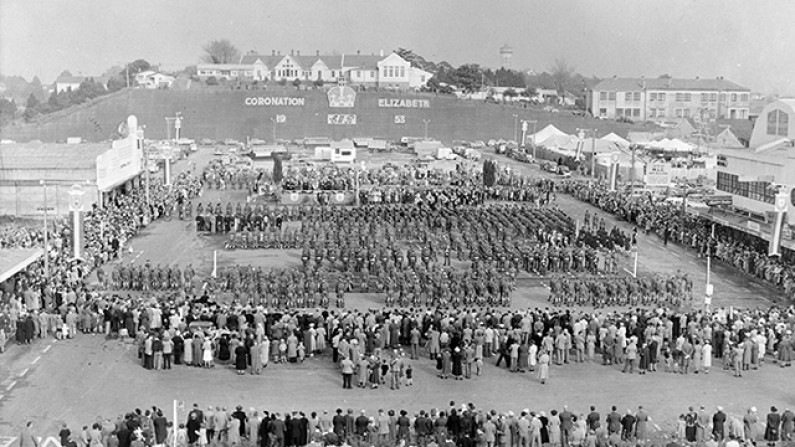 We have just seen great celebrations for the Queen’s platinum anniversary. She succeeded her father, King George VI in February 1952. The coronation took place sixteen months later, on 2nd June 1953. It was celebrated throughout the UK and the Commonwealth with everything from street parties in towns and villages to formal services in churches and cities.

This was the scene in Garden Place on the morning of June 2nd, 1953. Due, of course, to the antipodean concept of tyranny of distance (loosely applied), this service was held at least twelve hours before the actual coronation. The Queen was perhaps off to bed the night before in London when this event started. The service was presided over by Mayor Caro with Bishop Holland doing the religious elements. On parade were several military units including some army cadets from ‘the two high schools’. The Waikato Times reported that, ‘The grey skies prevailed …, but the forecast rain obligingly held off’.

Explore more images like this via our Heritage Collections Online! 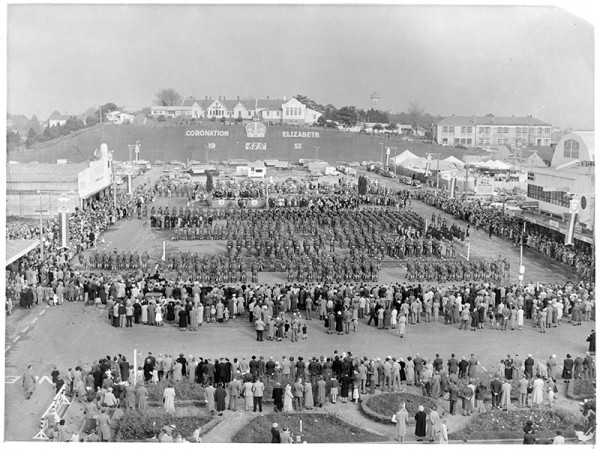