Wellings' - the place to shop for a bargain 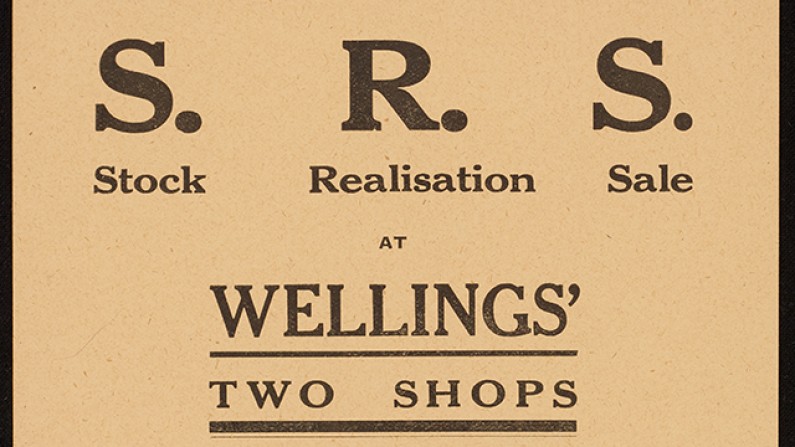 This flier promotes a sale at Wellings’. Wellings’ began as a tailor for men and a ladies’ outfitter, opening two stores in 1919 on Victoria St, one in the Hannah’s Building opposite the Theatre Royal. In 1922 they ceased supplying menswear, focusing entirely on women’s clothing. The shop previously used for tailoring became a specialist millinery shop. In 1924 they opened a further store on the corner of Victoria & Ward Streets, unfortunately the business closed two years later, in 1926. 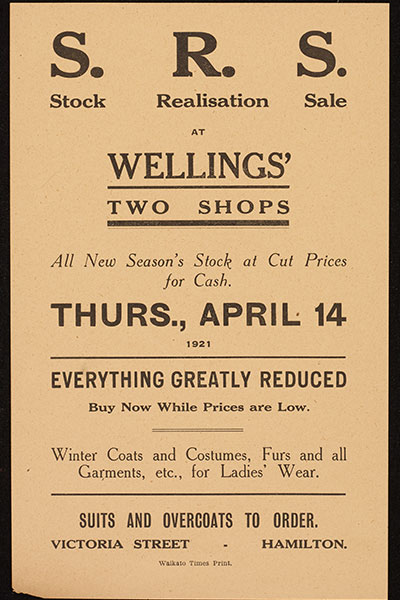