Renovations - what they uncover 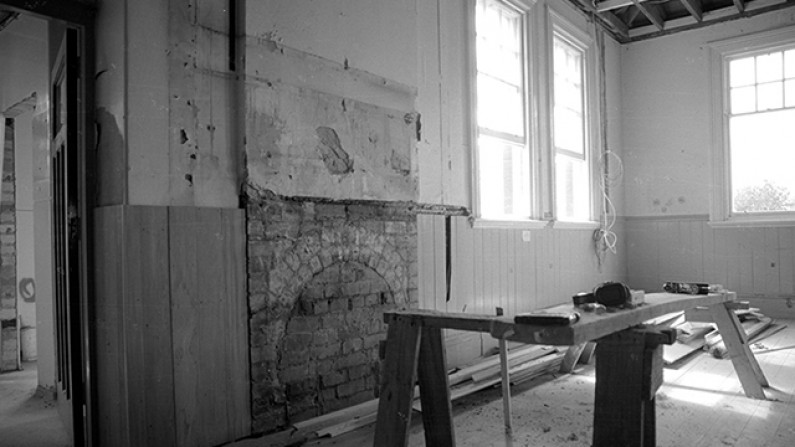 This is a scene many of us are familiar with – renovations in the doing but no-one in sight and the sun shining outdoors. This is the interior of the former post office, chief post office and social security building. It was officially opened in 1902 replacing the small wooden post office which had burnt down in 1899.  It became a Chief Post Office in 1922 with the newly appointed Chief Postmaster controlling 234 post offices south of Auckland area. In 1916 the building was extended to the south more than doubling the size. Currently it is ArtsPost. This photo shows some fascinatingg outlines. Something large has been ripped off the wall. It surrounded and covered the fireplace. Sometime earlier, the fireplace of was bricked in with rough bricks. Was the fireplace originally a tiled facing or maybe or maybe cast iron? Still the rooms in these old buildings never warmed up despite the fire.

Explore more images like this on our Heritage Collections Online. 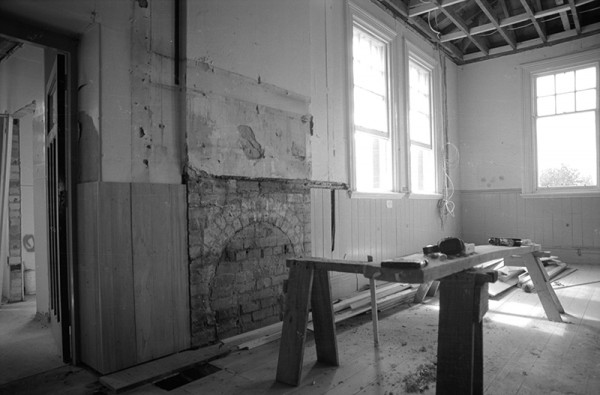