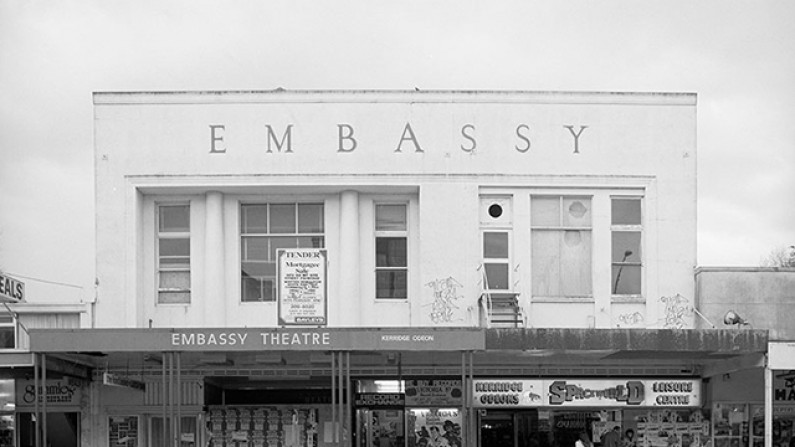 This is a 1992 view of the formerly quite grand theatre. In its original iteration it had a very substantial faux classical façade with a mix of Doric & Ionic columns. The pediment, for added effect extended the entire width of the building. It was known then as the Theatre Royal. The building appears to have no future else it might have been in better condition. A favourite haunt for many movie goers over generations it is at this time under mortgagee sale. The façade was modernised in 1953 and the building was demolished a mere thirty-eight years later having stood here since March 1915. In its place is a very attractive garden or arbor and a statue of the Rocky Horror Picture Show character Riff Raff, soon to undergo further developments.

Explore more images like this with our Heritage Collections Online. If you have any information you would like to pass on or would like to buy an electronic copy of the photo, please e-mail archives@hcc.govt.nz quoting: HCL_M02658.4