Speaking out on Prohibition

This flier dates from October 18, 1928 and promotes a public talk at the Town Hall by Fred Burke. Mr Burke was an English naval officer who then became an avid anti-Prohibition speaker who travelled around the world sharing his views at public meetings. He first visited Hamilton in 1925, and returned in 1928. New Zealand held votes on the issue of the prohibition of alcohol alongside general elections from 1911 – 1987 but the threshold to introduce national prohibition was never reached.

Explore more of our Heritage Collection Online. For further information or to contribute information about the items highlighted, please contact archives@hcc.govt.nz quoting HCLE_00170 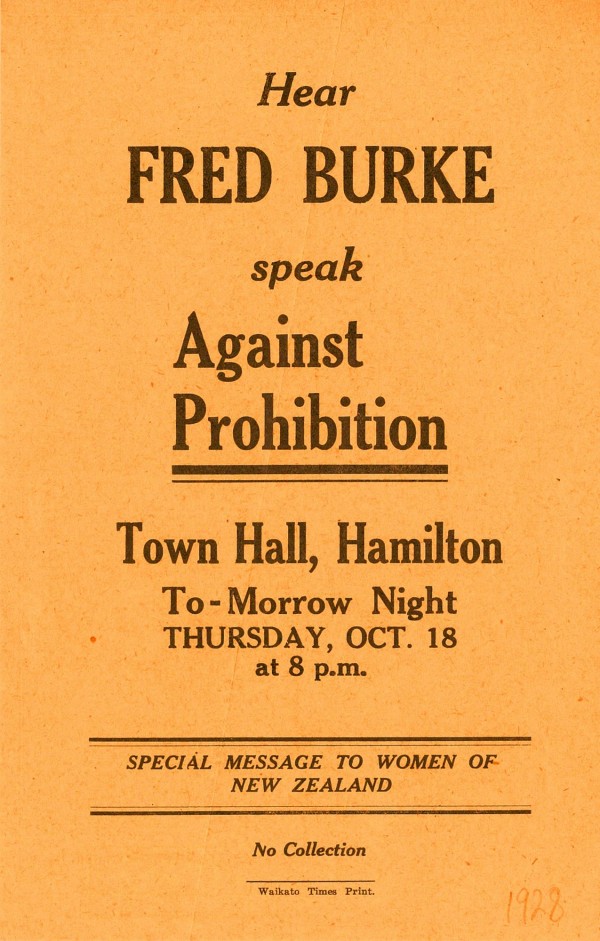