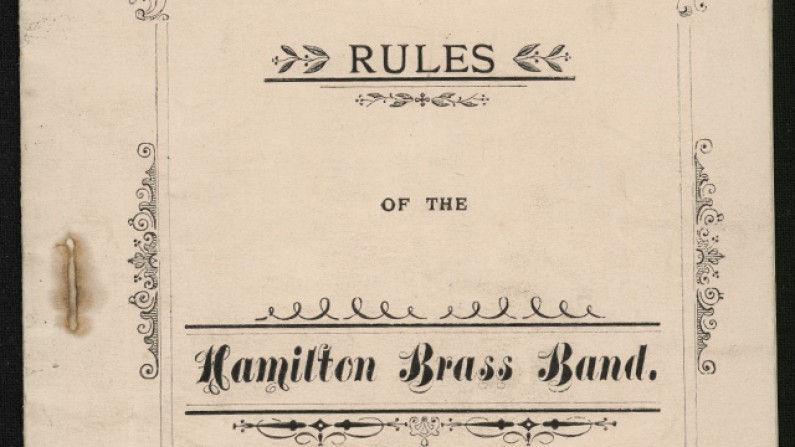 The Hamilton Brass Band has a long and proud tradition of music. The band evolved from the military settlers who arrived in 1864, the first mention of them performing is noted in the Waikato Times of July 1881. There are many mentions of the Band in the Waikato Times, including a promenade concert and dance held in 1886 to raise funds for uniforms and many civic events that the band performed at around the city. We do not have the exact date of these rules, but they provide a fascinating glimpse into how community groups were formed and run in days gone by.

Explore more images like this one via our Heritage Collections Online! 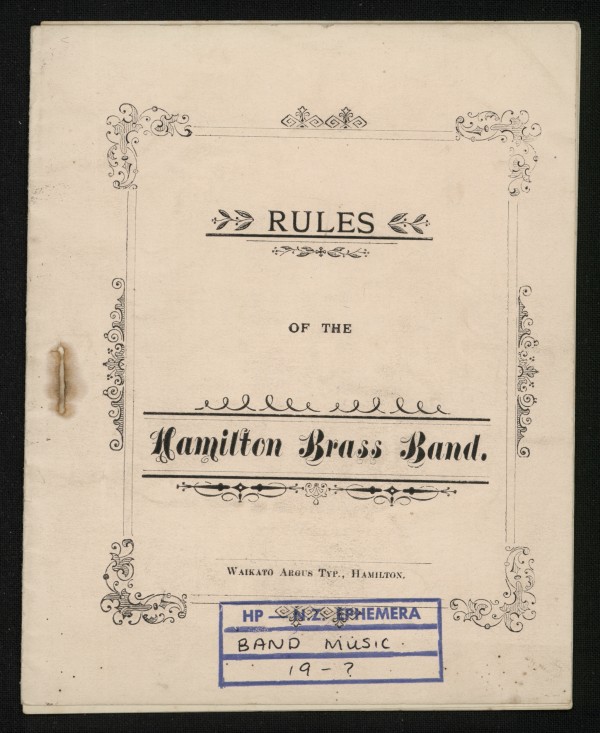