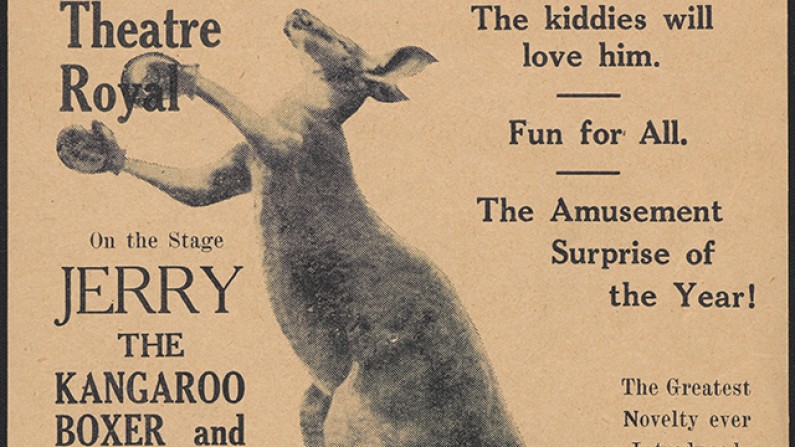 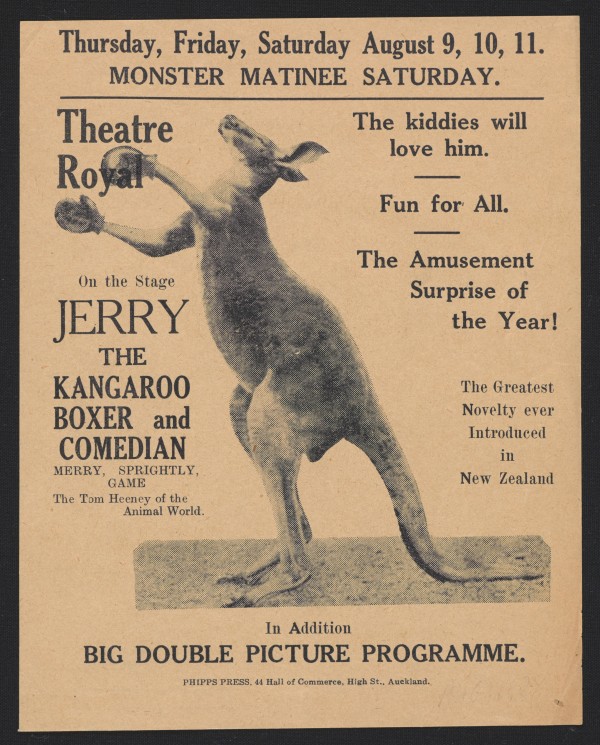 The kiddies will love him. Fun for all. The amusement surprise of the year! The greatest novelty ever introduced in New Zealand. A big build up for three performances in August 1928 at the Theatre Royal, of Jerry the Kangaroo Boxer and Comedian. Jerry performed before a screening of ‘Les Miserables’, featuring Gabriel Gabrio and other French actors. The flier also compares him to Tom Heeney, a New Zealand heavy-weight boxer from the same era. According to the Waikato Times of 10 August 1928, Jerry boxed three two-minute rounds against a human opponent, although he also appears to have taken a few shots at the referee. Labelled a ‘distinct novelty’, this is certainly not an act we would condone or expect to see before a film screening today.